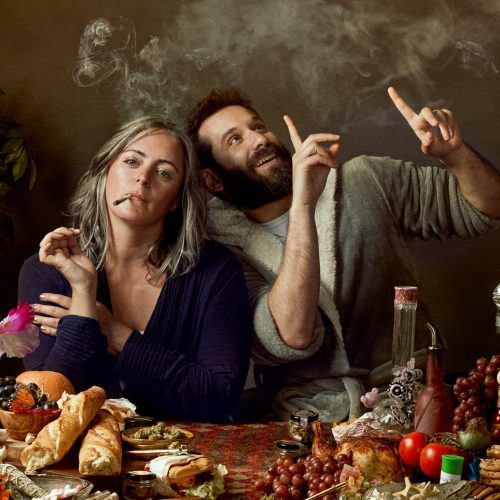 About Mike Glazer
Mike Glazer has performed and written for HBO’s Emmy-nominated Night of Too Many Stars, Food Network’s Worst Cooks in America, truTV’s Billy on the Street, CBS’s The Late Late Show with Craig Ferguson, Funny or Die, UCB Theatre, and Second City Chicago. Glazer’s 420-friendly live show GLAZED is a Rolling Stone “Best Bet”, and he has over 400 million views starring in BuzzFeed’s hit series High Guys. Glazer’s featured in Forbes, cooked with Gordon Ramsey, and won gold as a roller hockey goalie for Team USA. Follow him on IG @GlazerBooHooHoo.

About Mary Jane Gibson
Mary Jane wrote and edited for High Times for over a decade. She now writes for a number of outlets including Rolling Stone. She was named one of the “15 most powerful women in the weed industry” by Complex and was recently featured in Forbes. Mary Jane covers cannabis culture, entertainment, and cutting-edge trends, and has interviewed stars like Margaret Cho, Melissa Etheridge, the Super Troopers, Awkwafina, and Charlie Sheen. Follow her on IG @thisismaryjane_.