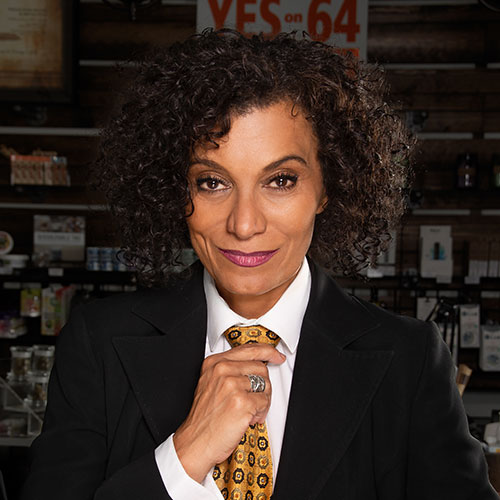 Wanda James is the founder and CEO of Simply Pure Dispensary. Along with her husband Scott Durrah, they became the first African Americans, legally licensed in America, to own a dispensary, a cultivation facility and an edible company.

As a leading advocate in the cannabis industry, Wanda’s political and entrepreneurial work on cannabis reform has led to her being named one of the 100 Most Influential People in Cannabis by High Times magazine in 2018, one of the 2016 Cannabis Business Executive (CBE) 50 Most Important Women in the Cannabis Industry, and has been featured in numerous shows including The BBC, Democracy Now, The Atlantic, MIC.com, MSNBC, Smile Jamaica, ViceLand, The Daily Show with Jon Stewart, CBS Sunday Morning Holiday Special, “Eat, Drink and be Merry” and CNBC’s Marijuana USA.