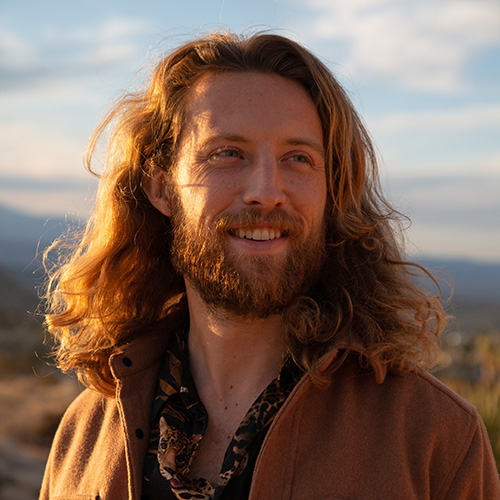 Scott Sundvor is CEO and Co-founder of Space Coyote. A serial entrepreneur and accomplished inventor, Scott is the logistical and financial mastermind behind Space Coyote. He’s a highly driven business leader who developed the systems for product development and inner workings of the company.

Scott’s also a true stoner, cultivator and contest winning joint roller in both speed and finished product. In less than 18 months, Scott has led Space Coyote to be a top 20 preroll brand in California, carried in over 250 dispensaries.

Scott is a Forbes 30 Under 30 awarded MIT graduate and held three patents in the medical device industry before ever considering launching a cannabis company. Before Space Coyote, Scott co-founded Nima, the world’s first portable gluten and peanut sensor, developed for people with food allergies to be able to test their food on the spot. Nima was awarded Time Magazine’s invention of the year and many other accolades.

Scott inspires Team Space Coyote daily with his honesty and vulnerability about living with an autoimmune disease, Crohn’s Disease, his quest to find a cure and using cannabis to mitigate symptoms. He encourages employees to take care of themselves first and this passion carries through in Space Coyote’s commitment to fostering a healthy work-life balance.