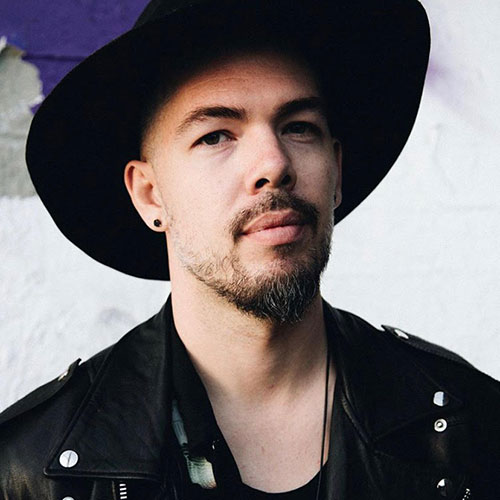 Salvador Santana, son of the legendary ten–time Grammy winning guitarist Carlos Santana , has had a unique relationship with cannabis for his entire life.

Growing up in California around celebrities and cannabis consumers, it was normalized at a young age. As he grew older, his eyes were opened to the injustices occurring in his community and others, as he witnessed innocent lives lost to long–term prison sentences and a targeted approach to drug laws. Salvador also grew to understand the medical and spiritual benefits of the plant — learning about and experiencing first hand the wide range of positive, natural effects of cannabis, in all of its forms. From treating various medical conditions, to helping with anxiety and depression, to attaining meditative states and tapping into a spiritual mindset, Salvador has a passion for cannabis and i s a prominent advocate for the plant.

As a renowned producer, songwriter and musician, Salvador has attained global acclaim for founding multiple bands and headlining events. He has graced stages from the Montreux Jazz Festival, the Bonaroo Music and Arts Festival, the High Sierra Festival, South by Southwest and the New Orleans Jazz Festival and has participated in projects outside of his own solo aspirations, such as the Hymns for Peace DVD released in 2004 as well as his father Carlos Santana’s 2013 Corazón Live in Guadalajara DVD.