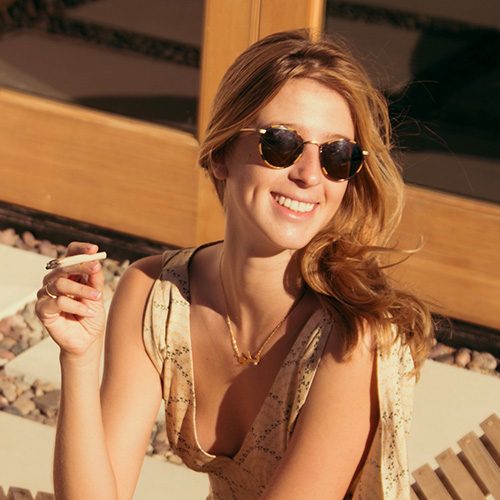 Libby Cooper is CEO and Co-founder of Space Coyote.

An artist and established contributor / advocate in the cannabis industry, Libby is the creative genius behind Space Coyote, crafting a brand that stands out from the noise and pulls people in. In less than 18 months, Libby has led Space Coyote to be a top 20 preroll brand in California. Space Coyote is now one of the fastest growing woman owned / operated cannabis companies, and is sold in over 250 dispensaries.

Libby truly believes in smokable, potent products, affirming that women can be stoners and being a stoner is celebratory.