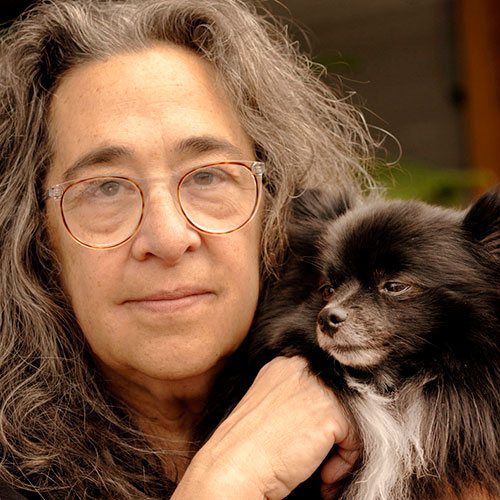 Linkedin
Pinterest
Instagram
Facebook
Laurie Wolf is a beloved leader in the edible community and an award-winning culinary entrepreneur. Named “the Martha Stewart of Marijuana Edibles” in a profile by The New Yorker, she founded Laurie + MaryJane in 2014 to create high quality edibles for medical cannabis patients like herself.

A graduate of the Culinary Institute of America, Laurie worked as a chef, food stylist, and food editor in New York before moving to Portland in 2008. She went on to publish Food Lovers’ Guide to Portland, Oregon, Food Lovers’ Guide to Seattle, and Portland, Oregon Chef’s Table: Extraordinary Recipes From The City Of Roses, before taking her experience from the food world to focus exclusively on edibles.

Since 2015, Laurie has published six cannabis cookbooks: The Cannabis Apothecary, HERB, Cooking with Cannabis, Marijuana Edibles, The Medical Marijuana Dispensary, and Edibles for Beginners. Her recipes fill the pages of several top cannabis publications such as The Cannabist, Cannabis Now, Dope Magazine, Culture, Oregon Leaf, and High Times as well as The Oregonian, and the San Francisco Chronicle.
From soup to nuts, Laurie delivers a wide range of cannabis-infused recipe options, as well as detailing techniques for at-home infusions. Her brownie recipe on The Cannabist won Leafly’s Brownie Bracket challenge, naming it “the absolute best cannabis brownie recipe of all time.”
Go to Top