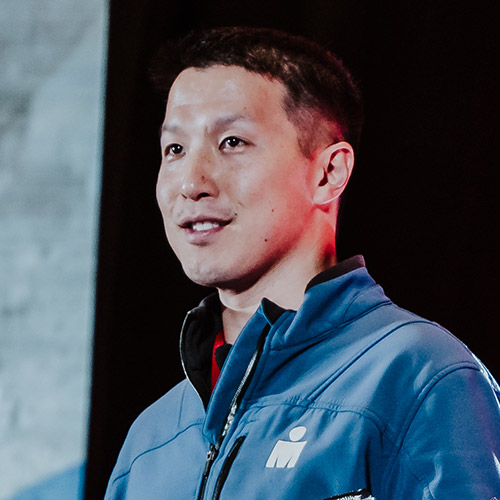 Charles is an executive, entrepreneur and investor that specializes in identifying and executing explosive growth strategies in the cannabis, vertical farming, direct response, media, wireless telecommunications, finTech and AdTech space.

At the age of 16, Charles got his first job cleaning toilets at the local health club. After realizing that computer programming in Perl and other Web languages paid better than manual labor, Charles self-taught himself the web and got his second job as a web developer at Infonautics Corporation (NASDAQ: INFO) by the age of 17. At the age of 20, while trying to figure out a better way to play video games, he learned about wireless broadband and during his 3rd year in college, started down a path that in 18 months would becomes a $3 million / year business. Along the way, he partnered with a seasoned business executive and organically bootstrapped a technology infrastructure company that by the age of 25 had achieved over 1,000% revenue growth that was recognized as one of the fastest growing privately held companies by Inc Magazine in 2007. Today, Charles remains a sizeable shareholder in that $60+ million / year business.

In 2008, Charles launched a finTech company and organically grew that business to over $1 Billion in payment processing volume in under 3 years. Charles is still a sizeable shareholder in that business.

In 2011, Charles stepped away from work to focus on parenting and fitness and over a 3 year span, lost 50 lbs and won 1st place in the 30-34 amateur age group at the Lifetime Chicago Triathlon, completed 2 IronMan 140.3 Triathlons and the 50 km American Birkebeiner, the largest cross-country ski race in North America.

In 2014, looking for a new challenge, Charles entered consumer media and at one point cornered the online market for Cat Memes and Disney Princess quizzes by developing viral traffic strategies responsible for generating over 100 million monthly online visitors. A year later, he combined these traffic generation methods with direct response strategies which generated in excess of $50 million in online sales across multiple verticals and niches.

Charles was one of the founding investors in a Vertical Farming Start-up called Podponics and by late 2015, he began consulting to help PodPonics pivot from being a CPG-brand with a technological advantage into a technology enabled vertical farming solution provider. Charles launched Nexem in 2016 to assist in adapting and commercializing technology for the indoor cultivation of high-value medicinal plants and over the next couple of years, would help the founder of PodPonics structure and re-launch the entity into a company now known as Agrify (NASDAQ: AGFY). Since then, the 25+ members of the Nexem team have become industry leaders in the design, build, implementation and operation of high-tech indoor cultivation facilities across North America.

Charles is also involved with social justice, advocacy and minority empowerment in the Green Rush. From 2017-2019, Nexem partnered with Boyce Watkins and the Black Business School, the largest minority-focused online education platform with over 100,000 enrolled students, to provide and program advanced technology & cannabis industry education and training to over 25,000 students. In 2018, Charles became the Chief Revenue Officer of Minorities for Medical Marijuana, the 2018 and 2019 Cannabis Business Association of the Year.

Charles spent 3 years studying social sciences as an undergraduate at the University of Chicago.